On February 10-11, 2016, Prof Giovanni Corazza and Dr Sergio Agnoli are taking part to the kick-off meeting of the OPTIMUS project at ESA (European Space Agency) premises in Noordwijk, The Netherlands.

The objective of the OPTIMUS project (OPtimized transmission TechnIques for satcoM UnicaSt interactive traffic) is the development of a new air interface able to increase the efficiency of the forward link of a unicast satellite communication system. The Marconi Institute for Creativity, in partnership with the University of Bologna, will lead WP1.1, devoted to the application of creativity techniques to the OPTIMUS topic areas, with the aim of generating disruptive ideas leading to further development in the course of the project.

The first experience of the OPTIMUS Consortium with the application of creativity techniques took place during the dedicated idea generation session within the kick-off meeting of yesterday February 10, 2016, to be continued today, February 11, with the assessment of the original ideas to be developed and tested throughout the project activites. 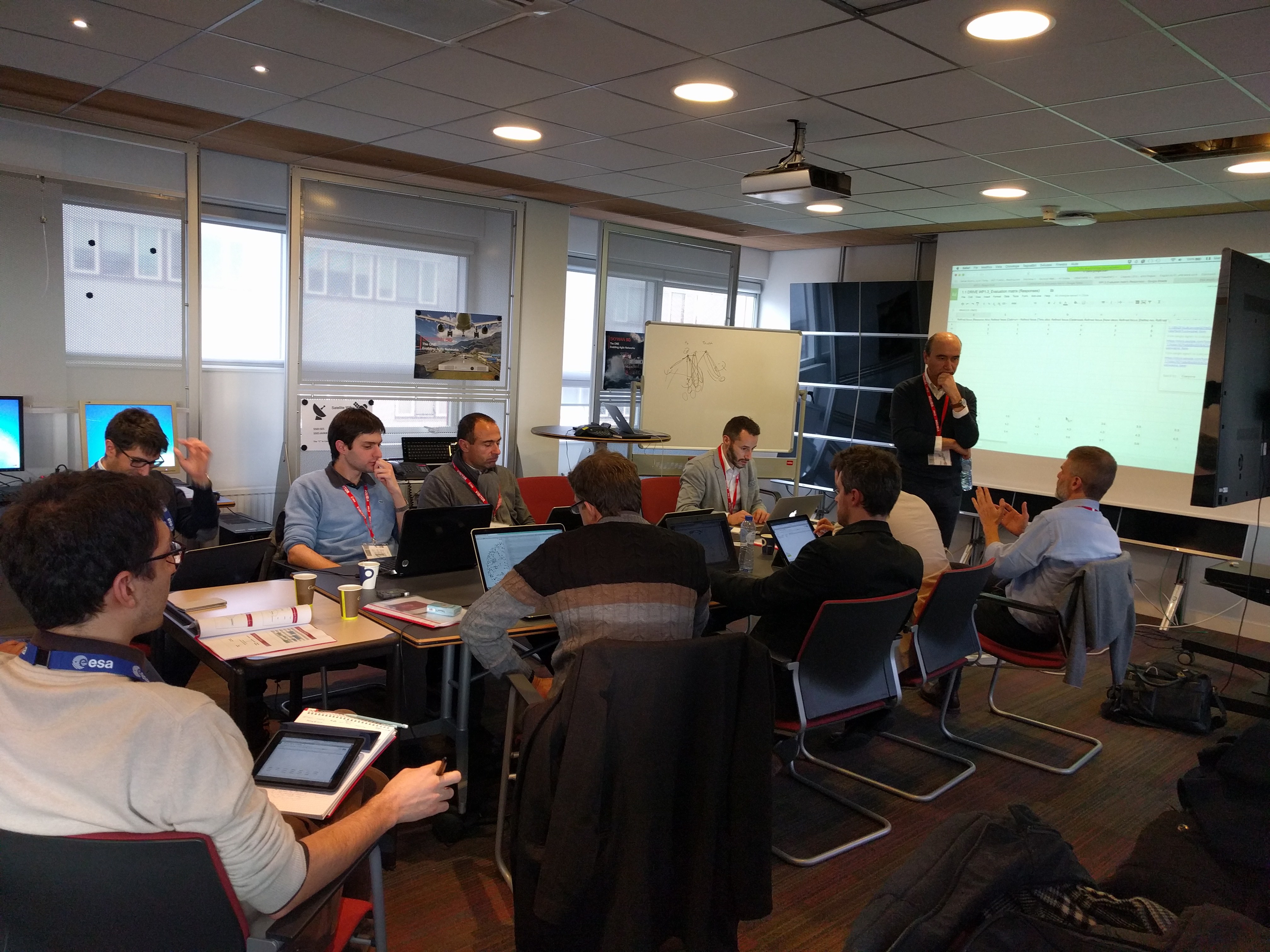 Picture taken during the idea generation session of February 10, 2016