The creative process is a dynamic ensemble of cognitive, motivational, attitudinal, and environmental components aimed at the ideation and realization of novel and valuable ideas. A pressing question in the creativity literature is whether these components could assume different relevance in defining creative achievement in diversified domains. The aim of this work is to analyse the influences of cognitive and attitudinal components in the definition of scientific and artistic creative achievement in graduate students. 155 students from the University of Bologna were asked to complete a series of tasks: the RAT test (Mednick, 1962); verbal, spatial, and numerical problem solving tasks (Dow & Mayer, 2004); verbal, figurative, and realistic divergent tasks (rCAB, 2011); the Raven short-form intelligence test (Arthur & Day, 1994); the TIPI personality questionnaire (Gosling et al, 2003); the CAAC questionnaire (rCAB, 2011), measuring creative achievement in scientific, artistic, and everyday contexts. Adopting a structural equation modelling approach, we are able to justify a unitary creative thinking model that finds the place for both convergent and divergent thinking: the integrated creative thinking model (ICTM). We proved that convergent thinking is essentially defined by problem solving abilities and highly influenced by cognitive abilities measured by the Raven test: it is the main determinant of scientific creative achievement. On the other hand, divergent thinking is defined by fluency and originality in producing alternatives, and highly influenced by personality: it is the main determinant of artistic creative achievement. Convergent thinking abilities are shown to be negative predictors of artistic achievement.

Prof. Giovanni Emanuele Corazza will give the presentation entitled “the Science of Creative Thinking as an Accelerator for Industrial Innovation” during the Meeting of Technical Directors of CRIT Associated Shareholders – CTS ( Scientific-technical Committee) – November 5, 2015. 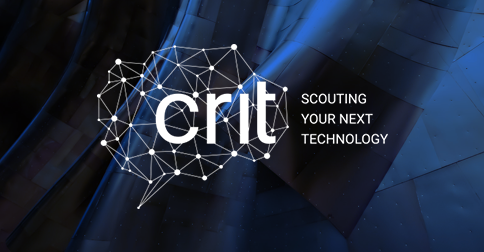 CRIT is a private company founded in 2000 upon initiative of a group of internationally recognized enterprises with the aim to create an enviroment where shareholders could identify and utilize cutting-edge advanced technological information and to foster synergies between main actors in the field of industrial innovation.

During his speech for the Techinical Directors of CRIT Associated Shareholders – CTS, Prof. Giovanni Emanuele Corazza (MIC) will illustrate how time has come to lay the scientific foundations of the discipline of creative thinking. Starting from MIC multidisciplinary bases and background, companies and enterprises can develop business skills to approach the systematic generation of ideas for new products, services, and processes. Along with the ability to anticipate future scenarios, companies will then adcquire competitive advantage, accelerating the increasingly necessary innovation processes.

After the introduction by Marco Briolini, head of BBS corporate and open programs, the workshop started with the presentation of Prof. Giovanni Emanuele Corazza (MIC) who focused on the strategic necessity of creativity, which is becoming an essential company asset for the production of new value through the generation of innovative ideas, products, and services. The presentation continued with the introduction of some preconceptions related to creativity as inputs for the discussion, managed by Simone Arminio, journalist of il Resto del Carlino, with the participation of Guido de Marchi (European Space Agency) representing the scientific point of view and Francesco Montanari (Datalogic), who focused on the need to include, develop and apply creative thinking tools within the enterprise context. Conclusions converged on the importance to acquire what can be defined as “structured creativity” to reach innovative ideas in any enterprise domain. The stimulating discussion represented an anticipation to the topics that will be developed during the next Executive Program in Creativity and Innovation promoted by BBS in collaboration with MIC.

On Thursday, Oct. 1, 2015, the students of the course “Scienza e Applicazioni del Pensiero Creativo” worked in teams to sketch a model of the Design Process. Here you can find the models drawn by the 13 teams.

At the end of the course students gain knowledge and earnings from the history of science, theoretical foundations of creative thinking, cognitive modelling and the DIMAI model in particular, along with strategies and processes for specific thinking stages. Innovation topics will be handled with the analysis of hurdles and strategies for success, through the application to study cases.

At the end of this class, the student will possess scientifically sound notions about the creative thinking process, along with the pragmatic application of the principles for the generation of new ideas. The student will master theoretical and methodological notions regarding the cognitive and conative components which are at the very basis of the creative process. Particular emphasis will be placed onto universal strategies, applicable to diversified domains, which allow to increase awareness and efficacy of the overall creative thinking exercise.

In this introductory Chapter, we state the fundamental elements that underpin the science of creative thinking, recognizing at the same time that we are following a path towards the establishment of that science, and that many challenges are yet to be met. Considering theoretical models for the creative thinking process, we discuss the minimum number of stages, the concept of optimal originality, and we review the most important existing models, outlining their features and limitations. The discussion then moves from the individual to the social level. After reviewing the generally accepted approaches in social creativity analysis, we call for balanced fusion of the individual and social points of view, avoiding artificial contrasts. Two macro domains are then analysed: engineering and design and art. In the former, we introduce the concepts of creative reproduction of nature, extension of capabilities and of conditions for life, and we discuss the use of metaphors in various forms. For the latter, we start with a scientific definition of inspiration, then move on to discuss the delicate balance between discipline and spontaneity in artistic education. Also, we touch upon the state-of-the-art of artificial creators that can produce mimicking the style of great artists. We conclude the Chapter by addressing some areas which we consider to be both urgent and necessary in the development of the science of creative thinking.

Link to the chapter on Springer

In this paper  we dwell upon the  effect that Information  Society at  large, and the use of ICT technologies in particular, have  on  the  ability  of  humans  in  generating  new  ideas  through  a  creative  thinking  process.  In  order  to  ground  our discussion onto scientific terms,  we first describe  a  general model  of the creative  thinking process, the  DIMAI model, which  identifies  the  main  mental  states  occurring  in  the  mind  of  the  creative  thinker:  drive  and  focus  definition, information  gathering, movement from  idea to  idea, assessment, and implementation. We then move  on to  discuss the facilitators and inhibitors introduced by ICT technologies onto these five mental states, as well as on the overall process, and we show that there are numerous nuances and specificities on both sides, such as the impact of  virtual worlds, self-authoring  tools,  hyper-connectivity,  reduction  of  attention  span,  protection  of  intellectual  property.  Therefore,  the conclusion is that there are many positive as well as negative implications, but without any doubt we  can state that the impact  of  ICT  on  humans  creativity  is  very  significant.  The  future  evolutions  of  technology  are  certain  to  bring  even further implications, including the birth of the creative process for a global distributed brain.

In this article, we describe the DIMAI model for creative thinking, which incorporates the introduction of irrelevant information in order to generate new ideas. The model is applied to the fashion design creativity context, considering both internal and eternal sources of motivation, requirements, and information, including customer needs, socio- cultural trends, and fashion industry requirements. We also provide paradigmatic examples that illustrate a-posteriori the importance of the introduction of anomalies through the application of divergent modifiers.

The main message carried by this article is that counterpoint can be taken as a model approach for the introduction of contrasting elements, not only in musical composition but also in the generation of ideas in any domain of knowledge. We start by an interdisciplinary review about the power of opposite concepts as constituting elements in nature. This is followed by the description of the DIMAI model for creative thinking, which is founded upon the dual forces of convergent and divergent thinking modalities. The main body of our work is an extraction of divergent modifiers from the Contrapunctus composed by Bach and collected in the Art of Fugue, with simple examples of application to the diversified fields of education and computer science.

Link to the article on Musica Docta