Conference Cycle on Science and Society: new challenges for the new world of Anthropocene

Giovanni Corazza with Andrea Battistini will have a talk on “The creative universe: survival and cultural growth in the cosmos” 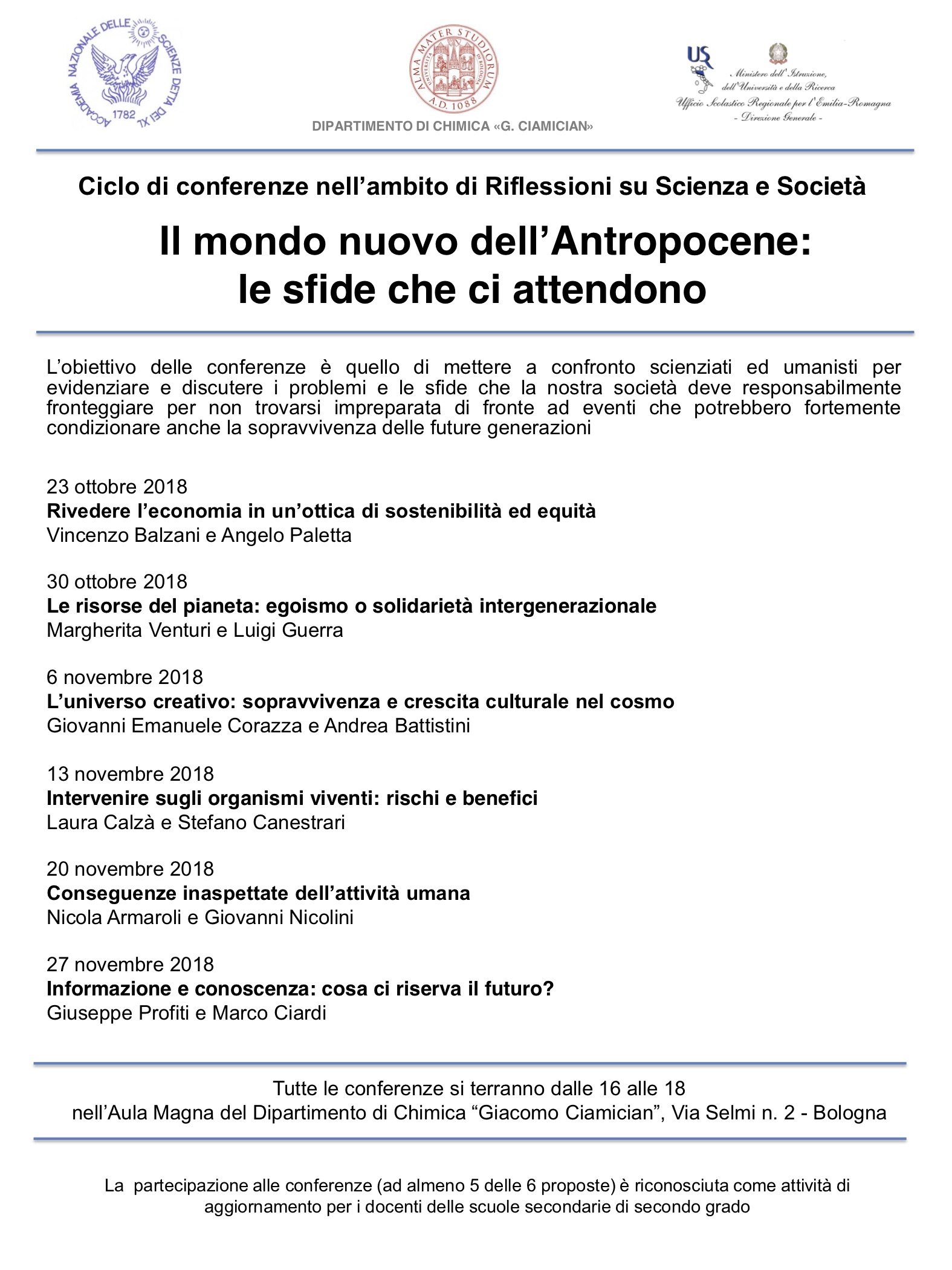 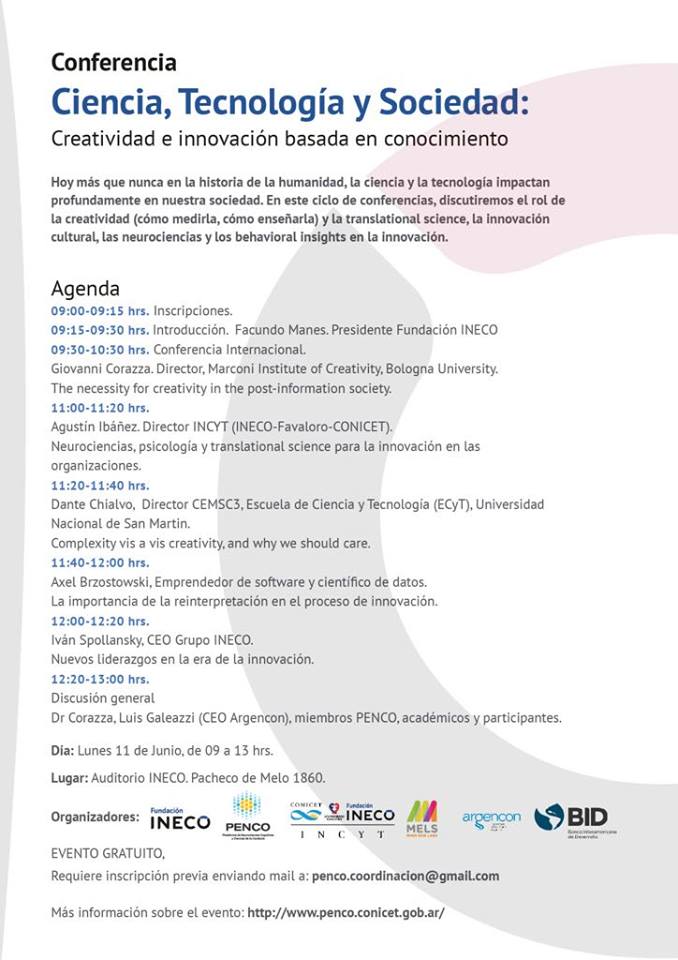 When surprise becomes a rational necessity

The human species is running fast towards what can be identified as the Post-Information Society, in which anthropomorphic as well as non-anthropomorphic forms of artificial intelligence will be pervasive, with dramatic impact on both the job market and the educational system. It is therefore essential that we pose today both ultimate and proximal questions about the future of our species and its role in future cyber-physical collaborations. While there is a current tendency to believe that the correct answer for the educational system is the introduction of computational thinking as a subject for all, we maintain that this set of skills will not be sufficient, and indeed not the most important one. Our well-being from both psychological and social points of view, as well as the preservation of our specific role in the economy, will depend on the development of the specifically human traits and abilities related to what we identify as organic creativity, which includes our capacity to use unexpected elements in our cognitive processes: surprise will have to become a rational necessity!

Can we increase creative performance through the training of specific brain dynamics?

The present article describes an innovative neurofeedback training (NFT) procedure aimed at increasing creative cognition through the enhancement of specific brain activities previously associated with divergent thinking. We designed and tested two NFT protocols based on training alpha and beta EEG oscillations selectively measured over the right parietal region. A total of 80 participants were involved, 40 in the alpha NFT protocol and 40 in the beta NFT protocol. The NFT loop was closed on a video stream that would advance only when oscillation power exceeded a normalized threshold. The total duration of the protocol was two hours in a single day, hence its classification as rapid. Changes in ideational fluency and originality, measured with a divergent thinking task, were compared between participants receiving real video feedback and participants receiving sham feedback. We controlled for individual differences in creative achievement level. Results showed that the protocols were effective at enhancing alpha and beta activities in the targeted area. Differences between the two protocols emerged in their effectiveness at promoting divergent thinking. While no significant changes in originality re- sulted from the rapid alpha NFT, increases in both originality and fluency emerged as a consequence of the rapid beta NFT. These results were particularly evident in participants starting with a low creative achievement level. Possible interpretations and future directions are proposed and discussed. 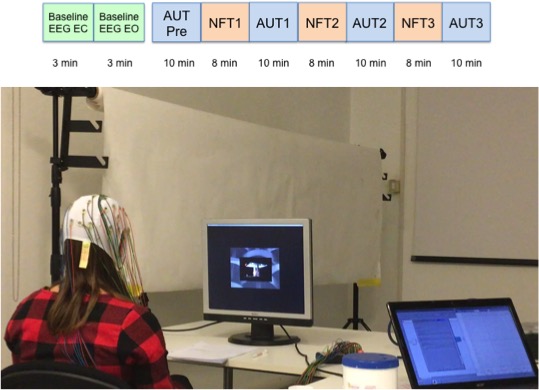 Exploring the Link Between Mind Wandering, Mindfulness, and Creativity: A Multidimensional Approach

A new article on the Creativity Research Journal by Agnoli, Vannucci, Pelagatti, & Corazza

Even if mind wandering (MW) and mindfulness have traditionally been intended as separate and antithetical constructs, the roles of these 2 mental states on creative behavior were jointly explored in this article. In particular, MW was analyzed in light of a recent approach suggesting a differentiation between deliberate and spontaneous MW, whereas mindfulness was analyzed by distinguishing its 5 different constitutional dimensions: observing, acting with awareness, describ- ing, nonreactivity, and nonjudging. The influence on creativity of these 2 mental states was analyzed using a sample of 77 undergraduate students both on a performance index (i.e., originality) and on a self-report index (i.e., creative achievement). Results showed that MW and mindfulness dimensions predicted creative behavior both alone and in combination, suggesting a complex interdependence between these 2 mental states within the creative thinking process. In particular, the critical importance of distinguishing between deliberate and spontaneous MW was revealed by a final path analysis, which revealed the opposite effects of these 2 dimensions on originality and creative achievement. That is, deliberate MW positively predicted creative perfor- mance, whereas spontaneous MW was negatively associated with such performance. Moreover, the nonreactivity and awareness dimensions of mindfulness, the latter in interaction with deliber- ate MW, emerged as main predictors of response originality. Finally, the describing facet of mindfulness predicted creative achievement both directly and indirectly through an interaction with deliberate MW. The implications emerging from the adoption of a multi-dimensional approach to the analysis of MW and mindfulness in the study of creativity are discussed herein.

Organic Creativity for Well-Being in the Post-Information Society

The editorial dwells upon the technology-driven evolution from the Industrial to the Post-Information Society, indicating that this transition will bring about drastic transformations in our way of living, starting from the job market and then pervading all aspects at both individual and social levels. Great opportunities will come together with unprecedented challenges to living as we have always known it. In this innovation-filled scenario, it is argued that human creativity becomes the distinctive ability to provide dignity at first and survival in the long term. The term organic creativity is introduced to indicate those conditions, attitudes, and actions that bear the potential to be at the same time productive in socio-economic terms and conducive to human well-being. As a consequence, the role of psychologists in an open cooperation with sociologists, economists, computer scientists, engineers and others, will be as central as ever in establishing healthy collaboration modes between humans and machines, and large investments in related multidisciplinary scientific research are advocated to establish organic creativity as a discipline that should permeate every educational level, as well as our professional and everyday lives.

On October 12, 2017 at 13.00 on lepida.tv (www.lepida.tv) the ideas generated during the course on the generation of innovative ideas for the cultural heritage organised by MIC within the SACHER project (http://www.eng.sacherproject.com/home) will be presented, hosted by icuber – i protagonisti dell’innovazione in Emilia-Romagna (https://www.facebook.com/icubEmiliaRomagna/?fref=mentions).

In the following the links to the three episodes dedicated to the innovative ideas: 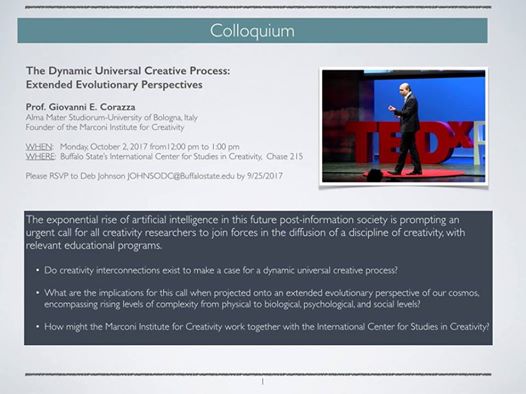 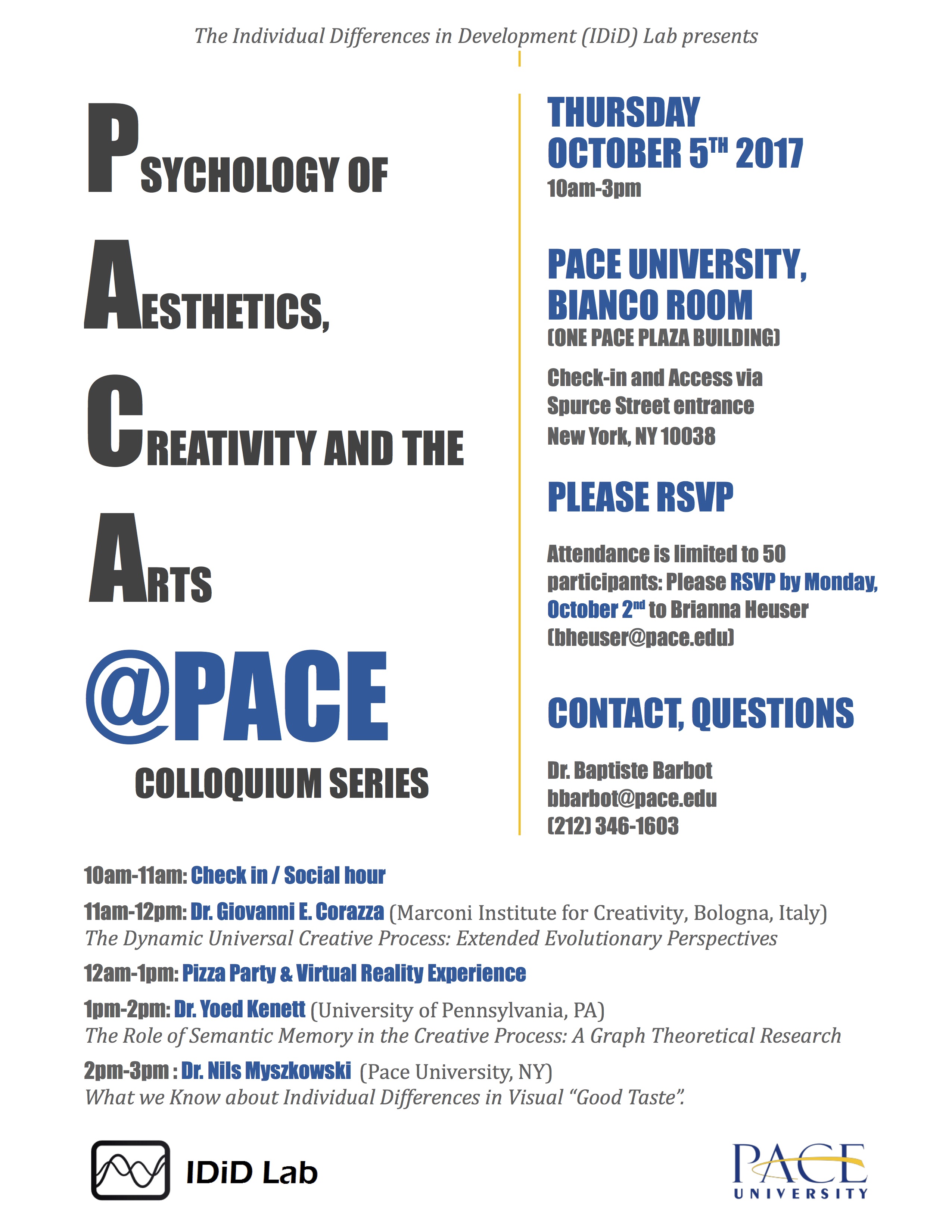 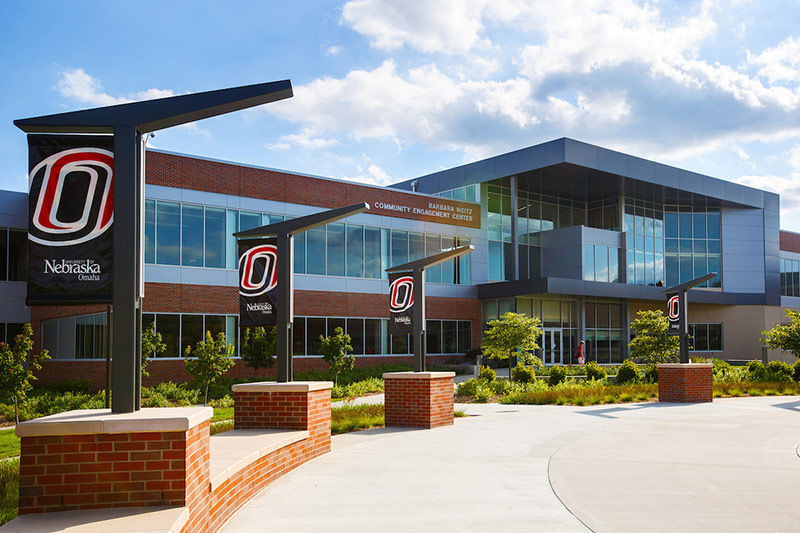 A new discussion on the Marconi Society Blog:

Securing Blockchain and The Applications of the Future

From the first work conducted by Stuart Haber and W. Scott Stornetta in 1991 to its entry into the popular lexicon in 2014, blockchain has grown into a young distributed database technology that has the potential to secure and improve transactions from medical records to food delivery to our own personal identity.

As is the case with many new, life-changing technologies, a Marconi Society Young Scholar has a leadership role in defining and applying the new rules. Salman Baset, CTO Security for IBM Blockchain Solutions, was recognized as a Young Scholar in 2008 and has been doing amazing work ever since.

A Short Theory of Failure

Failures are a key concept in design thinking. They are discussed as a resource for learning, whereas fear of fail- ure would be a major block to creative activity. We attempt to clarify the term by reconstructing “failures” as “incon- clusive outcomes” in the Dynamic Creativity Framework. This includes a definition of key terms, the specification of hypotheses, a brief consideration of empirical evidence and discussion of practical implications.